A few months ago we tested and reviewed for you a truly out of the ordinary gadget: the Deadpool Interactive Head from the Marvel Legends Series produced by Hasbro. Now, we had the opportunity to interview Becky Nuger and Brian Torney, two of the members of the Global Team who handled the development and launch of the product.

What were your first thoughts when you received the request to create an animatronic version of Deadpool Interactive Head?

Becky: Usually when we develop a product Marketing will at least tell Design, “I’d like this type of product at this price for this type of consumer.” This was a concept that Design just brought to the team and the minute I saw it I knew we had to make it happen. Some people in the room were so shocked by it they just kind of looked around like “should we actually do this?” Luckily, the answer was yes.

Brian: Here’s the funny thing about this toy: literally no one asked us to make Deadpool Interactive Head. Most often, at a big toy company like Hasbro, marketers, designers, engineers and other team members are assigned to work on certain projects within certain brands. But Hasbro has many routes to getting a great idea noticed and greenlit. While multitasking during a team meeting, I started scribbling down a few Marvel concept ideas, this one made enough people laugh that we thought we would give it a shot.

Was it the most extravagant request you have ever received or have there been similar products in the past?

Becky: I’ve been lucky enough to work on a lot of exciting and innovative products across Marvel at Hasbro, but I can say that this was definitely a passion project for everyone on the team which made it that much better. It definitely was one of the riskiest with the need to bring Deadpool’s edgy personality to life.

Brian: Hasbro is a pretty inspiring place. Ideas come from all over the company. Not a day goes by that someone doesn’t amaze me with a big idea. Deadpool Interactive Head might be one of the strangest things we’ve succeeded in getting to market, but that’s really what makes our jobs so much fun.

How did you plan the design of the product? Which steps have you had to go through from the idea to the testing?

Brian: Looking back, the work itself was so much fun that it seemed to happen in no time at all! The early prototyping was exciting. Our brilliant animatronics crew developed some really mind-blowing mechanisms to bring the character to life. We also created a pretty crazy amount of content and gameplay for the product, always trying to be on-brand and on-character for ol’ Wade Wilson.

Can you tell us something about the technical side of the development behind the features please? (engines, technology used, programming language)

Brian: To me, Hasbro’s crown jewel is its animatronics team, which is comprised of the most creative mechanical engineers in the industry. Deadpool Interactive Head required lifelike movements evocative of a human head. Needless to say, that’s not something the team had tried much previously. Huddling with engineers while they discover new mechanisms for Deadpool’s eyes, eyebrows, mouth and head was really fun.

How long did it take to develop the product?

Brian: I believe we started work in April or May 2018. It’s been a long time!

Were there elements or features you wanted to include but haven’t been able to due to timing / costs restrictions?

Becky: On almost any project we need to work with timing and cost constraints. The amazing thing about this item though is that, I think I can speak for everyone on the team when I say, we truly achieved exactly what we set out to achieve when we first began pitching and ideating on this product.

Brian: I think we put out a product true to the Deadpool character. Everything else, feature wise, is gravy! Honestly, I still can’t believe anyone let us make Deadpool Interactive Head.

Which has been the most difficult part to develop?

Brian: Totally agreed with Becky. For all of the incredible innovation that went into the product, the hardest part was bringing Marvel’s amazing character to life. Every day the team-wide focus was to encapsulate our favorite “Merc with a Mouth” using motors, speakers, fabric and plastic.

How did you manage the creation of the eyes and face movements and expressions?

Brian: In the Ryan Reynolds films, Deadpool’s mask has pretty minimal movement. The eyes change size but don’t blink. Instead we looked to the comic books, where Deadpool’s mask is typically drawn with pretty extreme facial expressions. Getting almost cartoon-level expressiveness was our key priority. The magicians on our animatronics crew really delivered.

How many people worked on this project and in which department did they work in?

Becky: We were incredibly lucky to work with an extremely talented team that all had a shared vision for this product. Our core team was Design, Marketing, Mechanical Engineering, App Development, Branding, Brand Writing, Soft Goods, Project Management, Electronics Engineering, Quality Assurance, and more. This truly took an amazing group of people to bring it together and that’s just the actual product team, not including the extended PR, Legal, and Agency teams.

Is there any funny story about the development stage of the product?

Brian: I love the story of our first time showing the concept to Hasbro and Disney. We had executives from both companies in one of Hasbro’s presentation theaters. Even with just our crude early model, we shocked everyone watching. The head started talking and moving while still under a potato sack. We pulled off the sack and Deadpool Interactive Head described its features for the audience. The response was dropped jaws and utter silence.

Becky: As a marketer, part of my job is to present the product at sales meetings in front of our global sales and marketing teams as well as Executive Leadership. Since Deadpool Interactive Head is interactive we had a choreographed presentation where I would speak and Deadpool would respond to me. Since these presentations are early in development we also use handmade models that don’t always function 100%. During a presentation with our CEO and other executives in the room, I said one of my lines and waited for Deadpool to respond. He said nothing, at which point my engineer came over and whispered in my ear that he had to turn him off because he caught on fire. I then looked over at the model and saw smoke coming up from the head. A product so hot it was literally on fire.

Was there any discouragement moment during the development?

Brian: Making a complex toy really is “fun and games” but it’s also filled with trials and tribulations. Fortunately, the team on Deadpool Interactive Head all shared the goal of bringing this strange product to the world.

Becky: Anytime you try to do something that is innovative and risky you are going to face discouraging moments along the way. Sometimes they come as development setbacks that can impact cost or schedule; and sometimes they come as morale setbacks when everyone is not completely aligned on the vision. Without the amazing creative team that worked on this item, we wouldn’t have been able to make it happen.

Are there Marvel or Deadpool’s fans in the development team?

Brian: Oh yeah! Literally every key team member is a big fan of Deadpool, be it the movies, the video game, the comics, or all of it. I’m probably the biggest Marvel fan on the team. I’ve been obsessed with X-Men comics (Deadpool was introduced in X-Men titles) as long as I can remember. Every team member really pushed to keep Deadpool Interactive Head on-character and full of Marvel easter eggs. Make ours Marvel!

Becky: Definitely! I think I have an entire wardrobe of Deadpool clothing at this point. If you really look at the packaging, instructions, marketing videos, and interact with the product itself you’ll be able to find the Marvel easter eggs and really tell how many huge fans we had working on this project across the board. 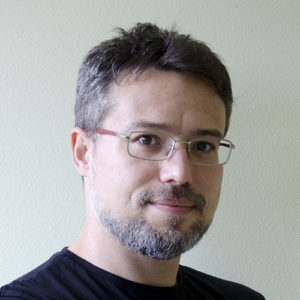