Metamorphosis from Springdale to Canterwood

After the last few days, in which there has been much discussion about factory overclocking and tuning, and MSI made headlines with its 865 Neo 2, we now have Asus in the picture with its own issues to add. The manufacturer sent us a P4P800 to test, which turns out to be quite different from the version that’s available in stores. After contacting Asus in Taiwan, we confirmed some of our suspicions: the manufacturer had succeeded in activating the PAT optimization with the Intel 865PE chipset. However, after Intel intervened, Asus is no longer allowed to call it “PAT”. And so the excellent benchmark results, which are at the level of the expensive Intel 875P, are cleared up with this simple explanation. Here we’d like to revise our statement in our last test comparison that PAT technology doesn’t affect much. It is certain that Intel partially puts the brakes on the 865PE chipset (Springdale) in order to justify the price difference with the Intel 875P (Canterwood). Intel thought that it was correct in saying that PAT could not be activated with the 865PE because of details in the hardware. But this proved to be incorrect – as we have shown, it is still possible through a clever trick. Inadvertently, Intel had left a back door open, which remains unfathomable to THG because in the past, lots of effort was spent on putting a lock on the multiplier.

The facts revealed in this article will probably cause some headach for Intel. In any case, the price difference of the two chipsets is $16 (per 1000 units) and increases to up to $50 for the board. Intel loses out on at least $16, as long as the customer goes for the Asus board, since other manufacturers have not mastered this technology (yet). Are the profits for the potentially lucrative 875P/Canterwood chipset in any danger? From a strategical point of view, it’s more important for Intel to fulfil the demands of the market for chipsets of all types. Therefore, Intel wanted to castrate the 875P in such a way that it could also be sold as the 865P. The lower price is not as relevant, because in the end, a wider range of products keeps the competition at bay.

Now, Asus only one more problem left to solve: there are 865PE chips that don’t pass the internal Intel PAT qualification tests through speed binning, and there are others that are artificially degraded in order to fulfil market demands. Only the latter type are suitable for stable operation after “reactivating” PAT. Asus wants to ensure this by using strict quality control, and the customers have to put their trust this. 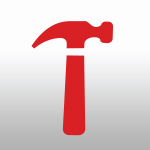