Further to the reported cases of crackling issues reported by owners of Sound Blaster X-Fi cards, we have extensively tested both Creative and non-Creative audio cards on motherboards where the issues were reported in an effort to isolate the root cause.

The findings indicate that circumstances causing these audio glitches only arise on Nvidias nForce 4 range of motherboards, with the exception of the newest n590 board which does not exhibit this issue.

The Sound Blaster X-Fi card was designed to meet PCI bus standards and tolerances and this is the only range of motherboards that operate in this manner.

A full technical description is detailed below, but in brief, the PCI bus data requests are not being serviced leading to “gaps” in the audio, resulting in sudden dropouts to no audio and back again which gives rise to what is perceived as crackling.

We appreciate the time taken by several of our forum members in assisting us isolate the root causes to date and appreciate the frustration expressed by several posters, but would like to assure you that we have been following the issue closely in an effort to seek resolution from the early stages. As we have identified the resolution of this issue to be beyond our control, we would advise customers experiencing this issue to escalate their concerns to Nvidia in an effort to seek a possible solution.

We have observed through direct observation of the PCI bus on the nVidia nForce 4 motherboards that when the crackle symptoms are occuring, the Soundblaster X-Fi card PCI bus master memory requests for audio data are being held off (not serviced) for very long intervals.

We have observed peak holdoffs of up to 2 milliseconds in some cases. This is unusual chipset behavior that is beyond the ability of a hardware audio accelerator to compensate for in its internal buffering. The SoundBlaster X-Fi tolerance for these PCI holdoffs is approximately 120 microseconds peak holdoff, with a 1 microsecond average holdoff.

These design tolerances are based on observation of real PCI bus behavior on leading motherboards over a period of many motherboard hardware generations.

The nForce 4 motherboard is the first motherboard on which these extremely long PCI service holdoffs have been observed by Creative, where another PCI device in the system was not causing the holdoff. 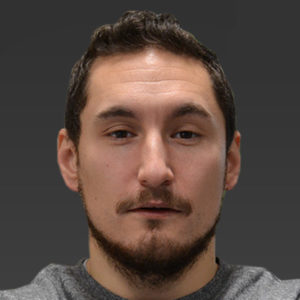